One of the nastier aspects of winter rides is ice or black ice (even worse because you can't see it). Several of our riders have come a cropper.

Salted roads reduce the risk. Sadly, cycle paths are rarely salted unless they're right next to roads. It might be worth diverting onto a busier salted road, especially earlier in the day, before ice has a chance to melt.

The exception might be Tar and Chip paths (like the Langstone section of the Hayling Billy Trail), as your tyres ride on the sharp edges of the gravel, a few millimetres above the water and ice, and should get better grip.

You can see which Hampshire roads are salted at Hampshire Highways salt routes. 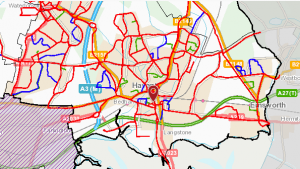 Green lines are third priority Community Routes to other Hampshire controlled schools and community facilities such as Health Centres. Treatment will generally only be carried out during periods of prolonged and persistent frost, ice or snow which are expected to continue.

There's a similar West Sussex gritting and incident map, but this one is even better, as you can remove snow, ice, floods, fallen trees and incidents just by pressing a button - must save the council a fortune! 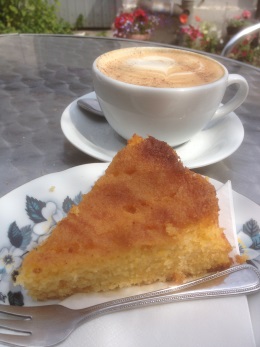