Following an unplanned meeting with a gravel path, one of the hoods on my bike got ripped, so I looked for a replacement. It was more difficult than I expected, but I finally succeeded. 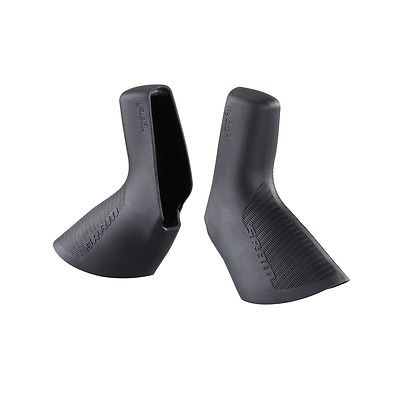 I first thought I'd found just the thing on Amazon for a reasonable price (but, all the options I found were for a left and right hood, so I had to buy two when I wanted only one). When it arrived, however, it was obviously too small to be the right part. I'd ordered a SRAM Force 1 hood not realising there were two versions: one for hydraulic disk brakes and one for cable pull brakes (the hydraulic fluid reservoir sits above the levers making the unit taller). Oh well, it was easy to return. I downloaded a parts list from SRAM and found the exact part number I needed and Googled that. I found a matching hood on eBay, sourced from China. It said it was a genuine part and I was encouraged by the correct part number, so I ordered it. A few days later I got an email to say that there had been a manufacturing problem and did I want to wait a few weeks. I couldn't see how that could have happened for a genuine part, so I assumed it was a fake copy and immediately cancelled. I finally managed to order the correct part on eBay but it took a bit of detective work. The advert didn't include the part number, but:

The hoods I received matched exactly and came in a SRAM box - but I've no idea whether they are genuine or not.

Then came the difficult bit.

The hood fits over the shifter through the base and there's a cut out for the brake lever. So all you have to do is pull the old hood off and pull the new one on. In my research I'd seen several reports of people being able to do that without disassembling the shifter. The trouble was that the openings looked far too small to fit over the shifter. No way could I pull them on and off! Then I found this video:

They do pull on and off but you have to really stretch them. Mine were more difficult than the ones shown in the video because I had to pull them over the oil reservoir. Thankfully, I could practice using the old hood. It still took a bit of courage to pull the new one on, but after a few minutes struggling it went on! 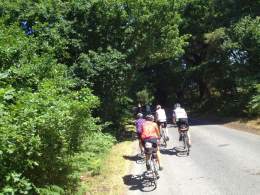