This article was first published in 2008 based on the club rides for 2007. I have updated it for the twelve months ending September 2013.

I was talking to a distinguished member of the local community recently and discovered that as a youth he was a keen cyclist and Youth Hosteller; but he said he wouldn’t cycle far on our roads now. He ‘has a little place in France’ where he happily pedals around the village without fear but is terrified of the traffic here.

This set me thinking. How far do we go on club rides in a year without ‘traffic damage’ ? As far as I’m aware, in the 15 years in which we have been cycling regularly with the club there have been only three incidents in which cyclists have been in collisions with motor vehicles while on club rides or going to join one – two on club runs and a third while on his way to join the start of the ride. In all cases the cyclists received only minor cuts and bruises and were back cycling again within a few weeks. And all got a new bicycle on the relevant motorist’s insurances.

And how far do we cycle in a year?

† Assuming ½ the riders only ride to elevenses and do about ½ the distance.

The calculation is conservative because it doesn't take account of distance people travel to and from the start of the ride.

The circumference of the world is approximately 25,500 miles. This means that as a club, our runs take us the equivalent of 3.61 times round the world at the equator each year. And only 3 minor collisions with motor vehicles in the last 15 years. Not a bad record.

2 thoughts on “How safe are our rides?” 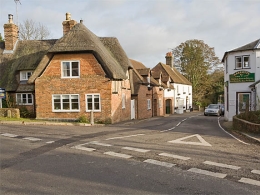