At: The Spring Centre, Havant

The Spring Arts and Heritage Centre web site is here.

PLEASE NOTE DESTINATIONS CHANGED. This is because the ride the following week was using the same / similar route for a significant part of the way.

Petersfield to West Meon via Steep, Oakshott, Priors Dean, Froxfield, Brockwood, Wheely Down, Warnford. From Warnford to West Meon, I will use Lippen Lane, NOT A32: 21 miles. There is a bail out point at 15 miles to cut out approx 4 miles of route to W. Meon.

11's PETERSFIELD: There are many places to have 11's. I am intending to go to Plump Duck by the Lake (quite small with outside seating for 16, probably dozen inside if not busy) . Other options in and around the Square are Heidi, Josie, Cafe Nero, Cloisters. Others in High st and surrounding streets. There are lots of railings to secure bike to.

LUNCH in WEST MEON in Village store /post office; this is a very small cafe, so you may have to be patient, but they should be able to cope. New bike racks, and covered area seating. There is pub (Thomas Lord) opposite, but expensive.

For anyone joining at Petersfield, then I suggest meeting outside St Peter's church in the Square for departure at 11.00 to go on to lunch stop.

For anyone of a literary bent, then we will be passing several locations which were the inspiration for some poems of the local poet Edward Thomas, killed 1917 battle of Arras. If you are interested, then let me know and I will point them out. The ashes of Guy Burgess, the spy, are in West Meon graveyard.

About Saturday and Wednesday rides

Rides from Havant with stops for elevenses, lunch and sometimes tea. If you're unable to keep up or have a mechanical problem, someone will be available to help you - although we obviously cannot guarantee to solve all problems.

Riders are free to join and leave the ride at various points. Some ride directly to the elevenses stop.

Click either heading below to find out more about Wednesday and Saturday rides:

Wednesday rides are the largest of our rides and can provide a range of options to riders. We often split into multiple groups at the start, for example:

On Wednesdays it is highly likely that there will be several riders coming back to the Havant area from the elevenses stop - although they might not include a PCTC ride leader. If that is what you'd like to do, please consult the ride leader at the start to ensure someone knows and is able to bring you back.

In addition, some rides split after elevenses to go at different paces or to alternate destinations. These are usually announced during the ride briefing. Please ask if you are unsure about the options available.

Saturday rides are (usually) much smaller than Wednesday rides. As a result they offer fewer options for rides but more flexibility for routes and destinations.

The rides are often shown as 'informal' meaning there is no prescribed ride leader. Unless weather is particularly adverse, however, they always go ahead at the stated time and start point. We try to keep to the suggested elevenses destination to allow for people who want to ride directly there.

The lunch destination does change occasionally but we will always take views of riders into account. In particular, if you join a ride because you think you can manage the distance/hilliness, we would not substitute an alternative if it meant you couldn't join the ride.

If you want to ride with us but only to elevenses and need someone to help you with the route back, please use our general enquiry form to let us know in advance of the ride so we can try to arrange something for you.

This article describes what you should consider bringing with you on one of these rides. 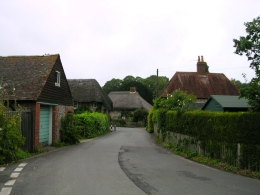