The national CTC organisation (of which Portsmouth CTC is a member group) is changing its public image to be more effective in campaign work. It now calls itself 'Cycling UK' and will campaign under the brand 'We are Cycling UK'. The CTC logo will be replaced by this image…

There are a number of variations including a Welsh version, other regional versions, a black and white version, and so on.

It will now be clear – even to people that have no prior knowledge of CTC – that it is campaigning as a national cycling organisation.

The change affects only CTC's trading name. For legal and statutory purposes, it remains the Cyclists' Touring Club.

Click here to see the rebrand documentation we've been sent.

How will the change affect CTC members?

There's no direct impact to CTC members. Your subscription is still valid. You still belong to the same organisation. It just operates under a new name and a new brand.

How will the change affect Portsmouth CTC?

We have changed the web site to incorporate the new branding. Our future campaign work will start to take advantage of the stronger name recognition that comes with the new 'Cycling UK' name.

For the time being at least, we are still Portsmouth CTC. We are not changing the way we operate or how we organise ourselves.

There's no pressure for us to change our name. The national organisation would like us to consider changing our name in line with the new brand, but it’s clear it does not expect that to happen immediately, if at all. Instead, we are asked to describe ourselves as 'Part of Cycling UK' – a change we have already made on the web site.

Our web site address has not changed.

The national organisation has no desire to change or influence our club colours. 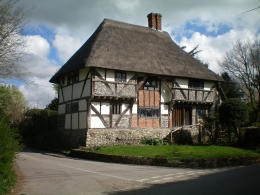