There have been several articles in the press and on TV attacking the Meon Valley Trail project. These articles have contained incorrect and misleading information resulting in unfair criticism of the project and those involved including Portsmouth CTC's Jim Weeks and Mike Ashton who provided (and continue to provide) considerable, useful input to the project.

This article corrects some of the false assertions that have been flying around...

The surface is finished

Simply untrue. The build-up of mud over the previous railway surface has been removed in preparation for the new surface.

We would have preferred to see a sealed surface to replace the old one, but we have agreed that a compromise solution (specifically approved by the British Horse Society) is appropriate in this case.

You can find out more about what's happened so far and how the project is progressing here.

The new trail will be unsafe

It seems clear that the works will improve safety on the trail:

There will be just two points where the trail meets a road. Both will be gated. The gates will be fitted towards the end of the project after the risk of them being damaged by heavy vehicles working on the trail has gone.

We're aware of one trail in our region that has had problems with cars and motor bikes before improvements to the trail increased non-motor traffic. Now the problem has disappeared.

The improvement works are damaging the habitat

We're not experts in this area, but we understand the trail in its previous state supported a limited range of flora and fauna. One of the reasons for opening up the trail is to promote significantly more bio-diversity.

Unfortunately, it's hard to see that right now. The trail has been left to its own devices for several decades. Ideally, it would have been regularly coppiced in that time, keeping the trail open and reducing the amount of work needed and its visible impact. But that hasn't happened. To return the trail to its original width has therefore required a considerable amount of work that will take time to green over.

It's therefore easy to gain an impression that the works have caused long term damage even though the project aims to improve the habitat over time (a principle not unfamiliar to those of us involved in helping the National Trust in Slindon see here and here).

Flooding has not been addressed

There is an element of truth in this assertion. Only some of the flooding issues will be addressed in the current project. Others will be dealt with by a follow-on project relating to the South Downs Way. As ever, the Authorities are having to juggle sources of funding to get the job done.

It's understandable that people comfortable with using the trail in its previous state might be unhappy with what's being done.

However, the Authorities have an objective to make trails like this one accessible to more people to increase its usefulness to us - the public. Specifically, the government fund that is paying for a large chunk of the project seeks to improve access to, and within, the South Downs National Park. The improvement works will increase accessibility to:

In particular, we expect the new trail to be more family-friendly.

The upgraded trail will also:

The project leaders are already getting good feedback from both new users of the trail, and people making more use of it.

We have many members that are looking forward to completion, and we expect to be using the new trail in some of our organised rides (for those that might be concerned, we favour distance and scenery over speed).

We know from experience that other railway line conversions have proved attractive to visitors. Local businesses including pubs and cafés will see the benefit from increased use of the trail.

The project has not consulted people

This accusation seems particularly hurtful since the project has sought to involve as many relevant organisations as possible as planning has progressed including groups representing walkers, people with disabilities, cyclists and horse-riders.

Not only has there been significant input from cyclists and horse-riders through the involvement of members of the CTC and the British Horse Society, but one of the project leaders is a regular cyclist and the other is a horse-rider!

No doubt there will be more discussion on these and other issues. Please feel free to add your (courteously-expressed) thoughts via the comments box below.

30 thoughts on “Issues regarding the Meon Valley Trail” 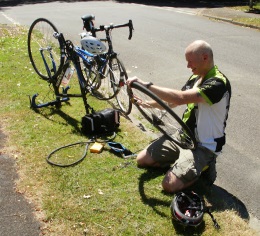