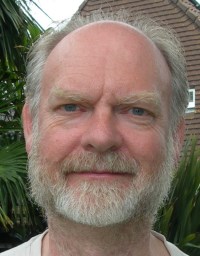 Hi, my name's Andy Henderson. Today, I'm a keen cyclist but until a few year's ago I hadn't cycled since I was a teenager.

My first attempt to ride a bike as an adult came just six years ago. My wife, Margaret and I had just seen our youngest daughter off to university and it was time to move somewhere new. We sold our house in Ewell and moved into a flat in Gunwharf Quays that we used as a base for searching for a new home. The flat had a bike store we used for Margaret's and the children's bikes. We decided one day to take a trip down the prom. I don't think we could have gone much more than a mile, but it seemed a massive achievement at the time. Eventually, we managed to get as far as Southsea pier!

Our search for a new home ended in Bacon Lane, Hayling Island. We took over the keys on Christmas Eve 2007 and we've been very happy with the move. We've managed to make a lot of new friends in a short time.

As part of the move to the coast, I decided not to actively continue my IT company and thought it might be interesting going back to a 9-to-5 for a change. I ended up at SSE and - when it moved offices to Penner Road (round the back of Langstone Technology Park) - I saw my opportunity to start cycle-commuting. I bought a cheap full-suspension bike from Halfords and headed up the Billy Trail each day. 5 miles each way. I wasn't sure I could manage it at first, but it soon became a way of life. People noticed I lost weight, I felt fitter than I had in years. I don't think I'd have had the confidence to go far on the roads so I was fortunate I didn't have to use them much.

In 2012, I finally decided to stop working. I was uncertain whether it was the right thing to do, but took the plunge anyway. I'd heard about Portsmouth CTC from near neighbour Robert Sebley and decided to go one one of the easy rides. I really enjoyed it - both the company and being taken through low traffic routes into the South Downs Country Park.

I decided to try one of the longer rides with the intention of coming back after the coffee stop. But, when I got there, I felt OK and carried on knowing that the group wouldn't leave me behind. I must have done 60 miles that day on an inappropriate bike and no cycling kit except a helmet. It wasn't easy, but I got a lot of encouragement - and no-one looked down on me. Instead, I was made to feel very welcome.

Since then I've become a regular rider. I've upgraded to better bikes. I use more appropriate clothing and I've learnt a lot about riding and bike maintenance. I've also lost 25Kg in weight! With CTC I've done my first 100 kilometre ride, my first 100 mile ride and my first 200 kilometre ride. I've become a ride leader and I'm a regular Dr Bike mechanic at RideLondon. I've also managed four Hayling to 'Paris' rides and done the Isle of Wight Randonée.

Portsmouth CTC caters for a wide range of inclinations and abilities - get in touch if you'd like to find out what you can do. 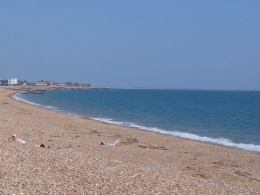