In the early 1990s the A3 road north from the A3(M) was replaced by a dual carriageway that, for the vast majority of cyclists, does not offer an acceptable safety level. The Highways Agency built cycle tracks alongside the A3, south from Queen Elizabeth country park to north Horndean and from Petersfield to Liphook. The critical section for cyclists, through the Butser cutting, was left without cycle provision with the loss of the primary cycling route across Hampshire’s South Downs. Over 10 years of campaigning by a large number of cyclists failed to get this unacceptable road design rectified.

CTC organised a petition to gauge support for the cycle route. Several local cycling clubs and Queen Elizabeth Country Park supported the initiative. 3894 people signed the petition. The comments provided have been analysed to estimate the value of the route to the community. That assessment was used to support the South Downs National Park Authority bid to improve cycling in the national park. The bid was successful and a total of £788k was obtained from the Department for Transport and local funding to construct the Butser Cutting route. Work has to be complete by 1st April 2015 to meet the conditions of the funding

The project will create a cycle route through the Butser Cutting from Queen Elizabeth Country Park to Buriton Flyover and along the B2070 to Bolinge Hill Lane where it will connect to the existing cycle route into Petersfield.

The feasibility study has been completed and reviewed and Hampshire Highways is costing the options.

We remain involved in the project, helping to address issues as they arise. 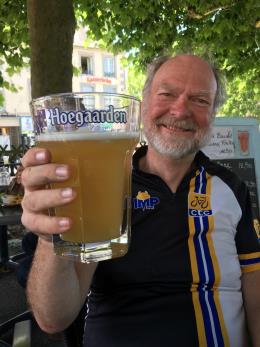