Meet in the car park next door to the Churchillian pub.

Starting at Widley we'll head East through Havant, Bedhampton and Emsworth. At Fishbourne we'll turn off the busier roads and start our meandering as we tackle a couple of climbs to Singleton then South Harting as we head to Petersfield for well earned coffee and cake at Cloisters Cafe in Petersfield.

From Petersfield we'll head towards the aptly named Steep, where the days biggest climb up through the Ashford Hangers will seperate the climbers from the sprinters. Then it's mostly downhill, with just a few ups to take us to lunch at Bishops Waltham, Freds being the suggested venue.

The route of the final leg will be dependent on the group and decided on the day as some riders may prefer to go directly home rather than head back to Widley. The complete ride is about 112Km with 1000m of climbing.

The Tuesday rides are typically 60-80 miles at a moderately fast pace while maintaining the social nature of the Saturday and Wednesday rides. The rides will start at various locations to be determined by the individual ride leader. 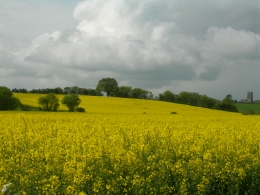