Meet in the car park next door to the Churchillian pub.

From Widley we will head through Fareham & Whitley, crossing the Hamble at Swanwick and into Old Bursledon. We'll use mainly back lanes and cut throughs to travel through Bursledon, Hamble and the Royal Victoria Country Park, passing a masoleum and Danni Kings Gold Post Box on our way. Elevenses will be at the Victoria Perk Cafe in Netley Abbey.

After coffee (& cake) we'll take a back route out of Netley Abbey and Bursledon to the top of Hedge End and into Manor Farm Country Park to get to Botley, then head toward Lower Upham and West Meon. First choice for lunch will be the cafe at West Meon, but if this is not open we will head on to one the pubs in East Meon.

Returning to Widley we will have cover just over 100Km equally divided between refreshment stops, and climbed a modest 850m.

Please note, following concerns about about the speed of riders on previous Tuesday rides, especially on some of the hills, this ride will may be subject to Random Drug Testing, as per CTC Policy 0104APRFRDT. Participants should bring a list of any prescription medication they are taking and need to be aware that the ride leader may ask them to provide a urine sample. The Elevenses Cafe stop has confirmed that all of their coffees are UCI compliant, with the exception of the Triple Expresso with Red Bull.

The Tuesday rides are typically 60-80 miles at a moderately fast pace while maintaining the social nature of the Saturday and Wednesday rides. The rides will start at various locations to be determined by the individual ride leader. 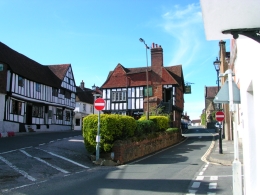