The cycle infrastructure built in Havant Borough over the last 4 years has been a success but the amount of cycling has not increased as quickly as hoped. Feedback indicates that many people are uncomfortable cycling in cycle lanes on busy roads and are concerned that there are few off road cycle routes that could be used to gain confidence.

Staunton Country Park and Havant Thicket is a 1000 acre site adjacent to Leigh Park and Rowlands Castle with easy cycle access from Cowplain. A reservoir is planned for the centre of the site. The surrounded area is a mixture of woodland, meadow and scrubland that includes cycleable tracks. They have not however been marked out, mapped or publicised and include several short muddy sections, consequently few people use them.

Hampshire County Council, the Forestry Commission, Portsmouth Water Company and East Hampshire DC jointly own the site and have agreed to go ahead with an initial project to improve facilities on the site, including:

We are a significant member of the project team.

HCC’s objective is to increase the number of people using the park. A leaflet publicising the Park and including a map of the new cycle routes has been prepared and will be published soon.

To date 300m of new cycle track has been built and drainage work has been completed. New accesses are being built and several sections of muddy cycle track have been replaced or scraped and the routes will be sign posted. HCC now runs the park in conjunction with Queen Elizabeth Country Park with the green mountain bike routes being a starter facility for the more difficult routes at QECP. At a later date it is hoped to also have a blue (moderate) mountain bike route at Havant Thicket but that is not yet funded.

The project cost is about £15k. Funding has been provided by Havant County Council, Portsmouth Water, The Forestry Commission, Hampshire Highways and from County Councillors' discretionary funds. 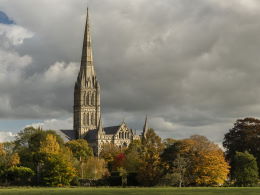