I understand the company that runs the Hayling Ferry has gone into administration. According to the company’s Twitter account, service is closed.

There’s still some hope the service will return if:

That would seem to require renegotiation of either the controversial pontoon fees, a subsidy from Portsmouth City Council (which withdrew its subsidy last year) or both. That leaves little scope for a return in the short term.

That’s sad news because it disrupts National Cycle Network route 2 which relies on the Ferry. The obvious alternate route (across Farlington Marshes and down Eastern Road) by-passes Hayling Island altogether. 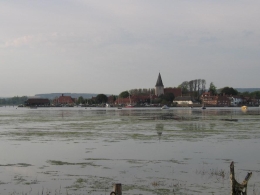