In past years there's been a tradition of alternating the method of awarding the trophy between a vote by attendees and a review by an external judge. This year we're breaking with that tradition and we will again ask attendees to vote on the winner as that seems to be the most popular format.

To enter the competition you will need to submit at least one set of six photos, at least one photo in each set must include a cycling scene. You can submit up to four six-photo sets. The entry fee is £1 per set which is used to pay for the winner's prize (and, depending on how many entries we receive, runners up prizes).

The winner will receive a trophy at the prize-giving lunch, and a bottle of wine on the night.

Please send your entries to Andy Henderson - login to see his email address. You can do that via:

Entries must be submitted by the evening of Monday 20th November. 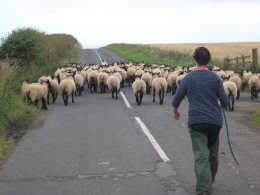